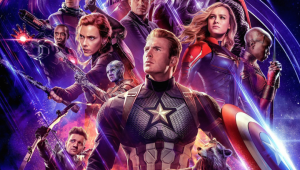 Well they did it: Avengers: Endgame has officially passed Avatar at the worldwide box office to become the highest-grossing film in history. The Marvel superhero movie raked in $2.790 billion by Sunday, July 28, topping Avatar‘s previous record of $2.789 billion. This marks the first time the highest-grossing film worldwide has been a movie not directed by James Cameron since before 1998′s Titanic. Pretty neat! Good movie, great record to beat.