The San Francisco 49ers have had a busy offseason.  After finishing 2-14 (with their only 2 wins coming against the LA Rams), the 49ers fired head coach Chip Kelly after only one season.  They also fired General Manager Trent Baalke.  A tumultuous season indeed, especially after watching then-backup QB Colin Kaepernick sit during the national anthem, motivated by alleged oppression against black people and other non-white races.  Because of their terrible record, the 49ers secured themselves the #2 pick in the draft.  It remains to be seen if they will select a QB or not (i.e. Mitch Trubisky*, QB, North Carolina; or Deshaun Watson*, QB, Clemson).  The 49ers also poached the offensive coordinator, Kyle Shanahan, from the Atlanta Falcons and made him the 4th new head coach for the Niners in the last 4 years!  At the same time, they also hired new General Manager, John Lynch.

Following are some of the key pickups so far this free agent offseason: 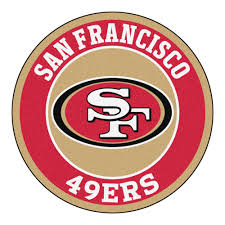