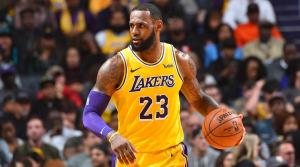 While LeBron James did some light shooting at practice, he will stay out in the game vs. the Oklahoma City Thunder.  The injury is a strained groin suffered in the Christmas game with the Golden State Warriors.

While there was initially optimism that he would return to play quickly, the strain is now deemed significant, and will likely cause him to miss several games. No timeline for return has been announced .